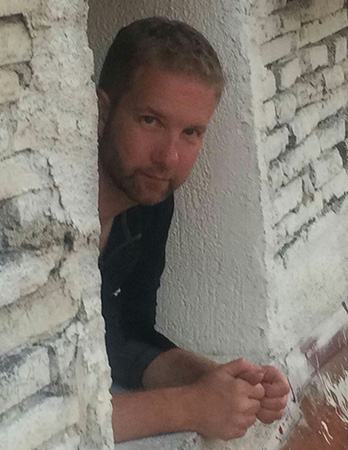 Robert (Bob) Olejar,  is a co-founder of Operation Charity with a long history of assisting charities of all types.  He has leveraged his experience in the entertainment industry to assist charities such as; Susan G. Komen Foundation, Wounded Warriors, American Red Cross, Together 1 Heart, St Jude Children’s Research Hospital and dozens more.

Olejar is the founder of the Placement Directory, and a graduate of Michigan State University with 25 years’ experience in the entertainment industry. In 1991 he began his work to revolutionize the modeling and acting industries. In a time when the Internet could only display text and only 1 in 100 Americans had an email address, Olejar was designing a structure to transmit images, manage castings, career planning and every aspect of business for models, actors and their clients on a global bases.

His research and design work was awarded a United States patent. Olejar is responsible for the first talent database with scheduling, first casting through a computer and first electronic talent images online. His revolutionary structure was implemented in six continents and every major talent market. Spanning nine languages and over thirty currencies, his work took a basically local industry and made it global. Olejar’s organizational format has been emulated by several dozen companies and is now the foundation of the modern modeling and acting industries. 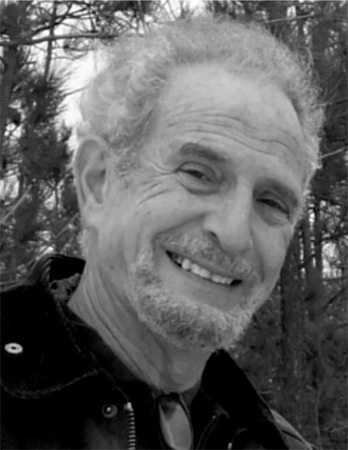 Howard Altman is an award-winning planner, urban designer, architect, and landscape architect responsible for a wide variety of planning and design projects throughout North America, Asia Pacific, Europe, Oceana and the Middle East. He is particularly qualified in the full range of planning and design services from regional development; new town and communities; mixed-use commercial; residential, urban design; tourism, leisure and entertainment to resource management assignments.

After retiring as an AECOM senior vice president international and consulting principal, Howard has been offering his executive consulting and advisory services to a select group of clients in need of project visioning and development implementation advice. As a previous planning and design consultant for many years with major land owners/developers and governmental agencies, he understands how to create the most compelling project vision, select the best qualified team and how to get the very best from them.

Howard was in charge of international projects at AECOM (formerly EDAW) for over 35 years. With more than 40-years experience, he has directed and participated on assignments in over 50 countries for both private and public sector clients. He was also an EDAW board member, company secretary and executive committee member for many years. He has also been a board advisor to a major diversified listed Asian company. 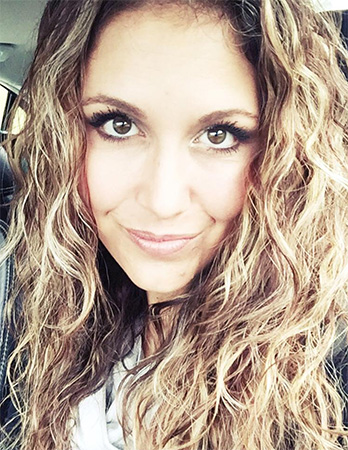 Tonya Comfort is a co-founder of Operation Therapy and head of the all equine operations. She is one of the premier horse trainers in the country known for her work to advance training techniques for horses along with more structure care and behavioral shaping are the basis for our charity’s equine program.

For over 20 years she has been working with horses and owners using classical techniques to help owner’s use natural concepts to communicate with their horses. Tonya began riding at the age 11, riding Barrel horses and competing in 4-H. She also rides Hunter, Jumpers, Western Pleasure, Dressage and Reining.When she graduated, she developed her career towards becoming an instructor in Chicago at the Horse Forum. She trained horses in New York at Lorick Stables, then she furthered her career in Oklahoma before returning to Michigan to train Miniature horses for Operation Therapy.

In addition to her diverse background Tonya also stands out with her training programs and techniques, by helping rescue horses have the advantage of learning to the best of their potentials in any discipline they excel in.  Her advanced techniques improve inter-species communication between horse and handler allowing her to solve behavioral problems and advance training in ways that were unthinkable only a generation ago.

Tonya’s goal as she grows as a horse trainer, she would like to help others realize the full potential of the strengths of animal’s abilities in the therapeutic and service world. 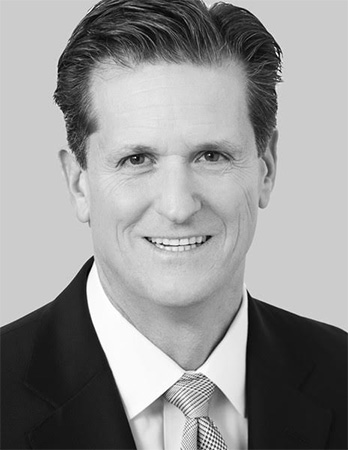 Rick Grimaldi is a Partner in the Philadelphia office of the national law firm Fisher Phillips. In this capacity, he works tirelessly to help his clients be better employers, leading to more satisfied employees.

Personally, Rick is very passionate about giving back to the community and being an active participant in solutions. As an Operation Therapy board member he supports the organization in their work providing service dog training to support our veterans, children and the elderly. As a former Board member and now Ambassador, Rick also works with The Moyer Foundation/Eluna and its mission to provide comfort, hope and healing to children and families affected by grief and addiction through their camps and resources. Rick is also an ardent champion of the Boys & Girls Clubs of Philadelphia and the myriad programs they provide.

Rick’s practical approach to solving workplace challenges with his clients, is a natural outgrowth of his experience leading an Employee Relations team as Director of Labor Relations for a large international technology company, and his experience serving the citizens of Pennsylvania as Deputy General Counsel to Governor Tom Ridge and Chief Counsel of the Pennsylvania Department of Labor and Industry.

As a co-principal of Fisher Phillips Government Relations subsidiary, FP Advocacy, Rick is also on the front lines of advocating before state and local legislative bodies to develop laws and policies that allow employers to thrive while addressing workplace concerns.

Rick has been named to Best Lawyers in America and is internationally recognized as an outstanding trainer, writer and presenter on issues impacting the workplace. 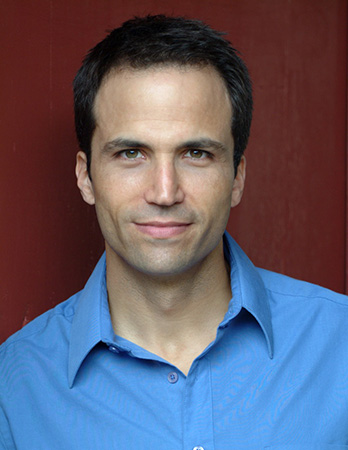 Christopher Grimaldi is an accomplished and award-winning writer, photographer, filmmaker, editor, and actor, with over 20 years in the entertainment industry.

A dynamic creator of content, with a particular passion for narrative forms, he has worked in all aspects of production and branding to help companies put their best foot forward and expand their business base. He has also used his skills in front of the camera to do the same.

As an actor, model, spokesperson, on-air host, and voice-over artist, he has appeared in feature films, television, and on the radio, as well as been the face of over a hundred national and international commercial campaigns, including Visa, Microsoft, Comcast, and more in print, in person, or on the small screen. As host of the Emmy-award winning travel show Awesome Adventures, he has interviewed people from around the world and experienced everything from tossing fish with the vendors in Seattle’s Pikes Peak Market to performing the Haka with Maori tribesman in New Zealand.

Christopher brings his wide variety of creative skills to bear on all his artistic visions and professional projects, which allows for maximum production value with minimum crew, to keep productions mobile and cost-efficient. This has led to positions as Head of Production and Chief Creative Officer for multi-million dollar companies.

He is proud to bring this complete and efficient approach to his pro bono work for worthy causes to help them get the word out about their charities. 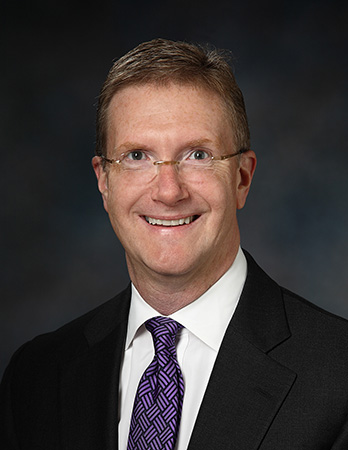 John Nozell has been involved in operating, restructuring, and raising capital for businesses his entire career.  He has served as a Director and Chairman of Avocet Risk Management, Ltd. since shortly after its inception in 2011.

From 2017-2019, he held senior positions at PayCargo LLC, with a primary focus of launching PayCargo Finance as CEO, engineering the re-launch of PayCargo’s credit-related financial services business. He also served as CFO of PayCargo Europe.

John spent 19 years with JP Morgan Chase & Co., with positions in NY and London, including Managing Director, Global Investment Banking, and Head of Aviation & Aerospace Investment Banking. John was also an early member of the Aviation Working Group in the late 1990’s. In September, 2011, John was appointed Chief Operating Officer of John G. Ullman & Assoc., a New York State based $1Bn Wealth Management Firm, where he also remains on the Board of Directors.  In August, 2014, he was appointed Head of School and Trustee of Cheshire Academy, charged with engineering a financial and operational turnaround.

John has also held positions as EVP/CFO of Advion BioSciences, Chief Investment Officer and Director of AWAS Aviation Services, Ltd., in Dublin Ireland, Managing Director and Head of EAME for The Seabury Group, London, UK, and Senior Lecturer of Finance and Entrepreneurship at Cornell University’s Johnson Graduate School of Management, where he continues to lecture. He has been a contributing writer to Euromoney publications and to Directorship, the magazine of the National Association of Corporate Directors.

John has served on the Boards of many Not For Profits, including The Food Bank of the Southern Tier of New York, The Rockwell Museum, The United Way of Tompkins County, Ithaca Music Academy, and The Connecticut Association of Independent Schools. John holds an MBA from the Johnson Graduate School of Management and is a graduate of Colgate University, from which he has received the Wm. Brian Little Award for Outstanding Service. 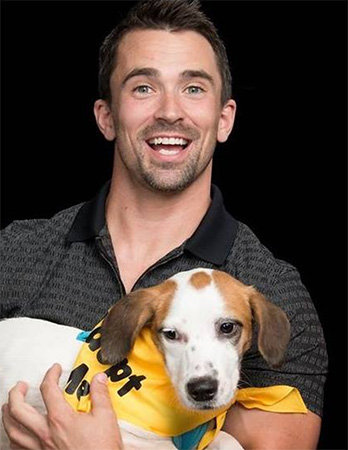 Nate Schoemer is the head of canine operations for Operation Therapy. He has designed our premier training program matching the ideal training techniques with the proper physical and mental developmental period of a dog’s life.  His approach to training virtually eliminates the amount of time a dog ever has to spend in a kennel for the benefit of the dog, the trainer and the veteran.

Nate began using his extensive experience to help many canine professionals establish their own similar companies. Shortly after his return to LA, Nate was cast by Animal Planet as the co-host of Rescue Dog to Super Dog; a UK show that was formatted for American audiences. In the show, Nate transformed rescue dogs into service dogs to help the lives of people affected by disabilities.

He prides himself on his self-motivation, honesty, integrity, enthusiasm, and determination to serve his clients and his community in all of his endeavors. He currently works on his entrepreneurial activities and lives with his Malinois, Arih, and Labrador, Charlie. 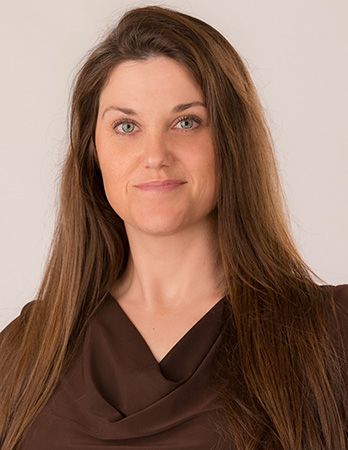 Kris Veltkamp is the owner/operator of VL Arena, a boarding and event center that also serves as the training center for the Montana State University Rodeo Team.

Starting with riding show horses at age 6, Kris has over 40 years’ experience in the saddle and now focuses her time on barrel racing and just enjoying her horses. She has won regional championships and qualified for national championships in several different disciplines. Kris has also served on many local and state 4H, breed and rodeo association boards and has done animal rehabilitation work for local law enforcement.

A Montana real estate agent since 2004 Kris also has a passion for helping people find their own Montana home.

In 2020, Kris joined Operation Therapy.  Upon their arrival in Bozeman at VL Arena, the therapy horses will receive the compassionate and attentive care for which Kris and her facility are renowned.  The VL Arena will serve as a temporary boarding location for the horses until the charity has secured a permanent ranch.

Having PTSD herself, Kris is empathetic to both humans and animals and has a passion for caring for animals. In addition to the horses of VL Arena, Kris has an amazing dog, wonderful cats, and several highly energetic pet goats.